"Cows at the Quinta, San Antonio" NdA. Oil on canvas. 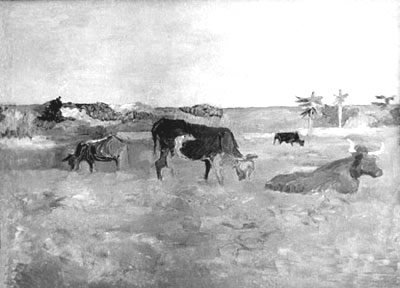 The problems of making an economic go of the Quinta were growing ever larger while our ability to deal with them diminished. The people we entrusted with responsibilities invariably let us down. The roof-tile factory was a flop. There were not enough customers in the area (market research was not our forte) and the few who did buy sent the tiles back saying they were poor quality. Locals continued to chop down our trees and to abscond with whatever other items of ours they felt they needed. Selling milk from our few cows wasn't enough to support us and we had no desire to become out and out night and day dairy farmers. My fantasy of an artists' colony/Shangri-La looked more fanciful than ever but my Who-What-Where-Why tendency was becoming more insistent by the minute. In short, my husband and I were not getting on.

For a man of English temperament like Reg, "not getting on" meant being silent - an inscrutable sort of silence which could be interpreted as accusatory, hurt, indifferent, tired, or any number of other secret possibilities. For me, whose temperament was of no fixed abode but more Latin than Anglo-Saxon, "not getting on" meant exploding verbally, as verbally as possible, as often as possible. This difference in our modes of dissatisfaction was getting us nowhere. We agreed that if we lived in the capital rather than out in the sticks we'd be more relaxed and there would be more opportunities to earn our living as artists. So we came to a decision: find tenants for the Quinta and move to Asunción where we would rent a house. After a short search, a wonderful town house turned up, big enough for living and working. Reg started giving pottery classes, I did more portraits and continued to explore styles and subjects in the never-ending search to" find myself." 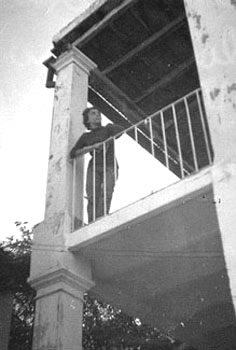 Soon, a prospective tenant for the Quinta appeared. He was a pieds noirs ( the name given to French settlers in Algeria) who, like thousands of his compatriots, left Algeria when it gained independence from France. Why he landed in Paraguay we didn't know but after one visit to our property, he was enthusiastic. He was waiting for his father and fiancé to arrive from France and said that Papa would take care of the financial side of things but he was ready to move in immediately. He was charming, energetic and, ahem...very dishy. I developed an instant crush on him (probably noticeable in the photo on the tractor) but I assure you that nothing untoward took place between us. I did find devious excuses to visit the Quinta a couple of times when he was there alone but all that happened was a bit of double-entendre-loaded eye contact. Though I vigorously denied being attracted to the guy, Reg could see through me. What we didn't know then was that this mec was completely bonkers. His father and the fiancée arrived and we attended the civil wedding, everyone in uneasy bonhomie. There he is below, between his bride and the NOT other woman (moi). And so the pieds noirs father, son and bride moved all their goods and chattels into our Quinta San Gabriel and we agreed to let them settle in before starting to pay a monthly rental.

Meanwhile, my father was in Rio de Janeiro and we decided to pay him a visit, there were so many things to talk about. We travelled by coach and boat, crossing the Rio Parana by ferry to the Brazilian side. 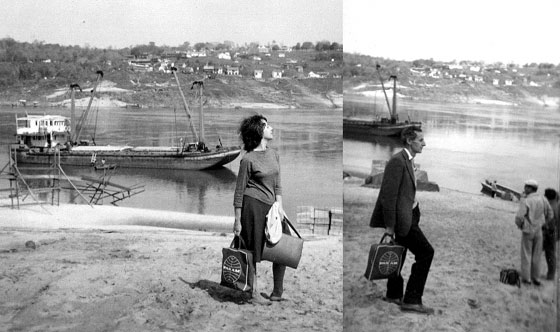 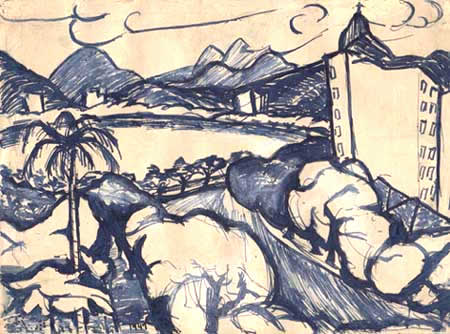 So we left our Paraguay troubles behind and took a break to Rio de Janeiro to meet up with my father. Rio, as everybody knows, is the body-beautiful capital of the world. Every body on display is a god or goddess, regardless of the glaring inequalities which divide the city into stinking rich and stinking poor, corruption rampant in both camps, slums right behind opulent hotels. What unites them all is être bien dans sa peau - being at ease in one's body, an unselfconscious sensuality, exuberantly expressed in music and dance or just lying on the beach or swaying down the street. 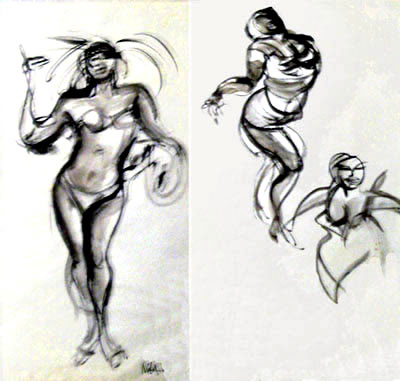 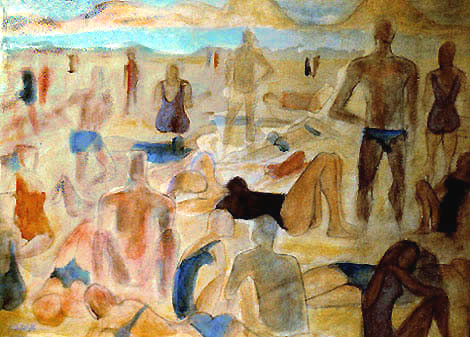 Nowadays the Rio carnival has become more agressively in-your-face, more professionally hysterical, but at that time it was just a bigger, more excited, noisier version of ordinary street life, played in samba rhythm.

Brazil is a sexy place, sex without angst. Maybe there are Brazilians with sexual hang-ups, body image neuroses, eating disorders - my guess is that, if they exist, they are a minority. But what do I know?

Reg and I had very different temperaments, backgrounds, ages, outlooks, but in the domain of sex we were fully compatible. The angst, when it emerged, was in nebulous areas but our sexual relationship was without angst. It was affectionate but neither "romantic" or sentimental (I've never been drawn to the hearts & flowers approach). We had a healthy apetite and the right chemistry between us so anytime, anywhere, was always the right time.